All dogs are individuals, but there are some qualities that are generally applicable to dogs of a particular breed. These descriptions should give you a starting point when narrowing down the breeds of dogs (or mixes of breeds) that would be the best fit for your lifestyle.

Note: These are not compatible with AKC groupings,  but are grouped according to behavior traits.

Bred to hunt by seeing, following, and chasing prey for as long as they could see it, without direct instruction from people

Bred to track, follow and find prey in groups while telling each other and everyone else exactly where they are

Bred to track, follow and find prey singly or in pairs far ahead of their people, then alert their people

Bred to flush and retrieve birds under direction from their people

Bred to flush, point, retrieve under the direction of their people; each bred to work in a specific environment

Bred to find, follow, dig out and kill vermin without instructions from people; barked to help their people find them inside the hole they dug to get to what they were pursuing.

Bred to manipulate stock as a partner with a person

Bred to guard and protect; work closely with humans, but must also be willing to challenge humans.  Bred to respond to threats with violence.

Bred to fight other animals, but the English Bull Dog and Bull Terrier don’t fit as neatly in this category because their fighting origins are further in the past.

We thank Humane Society University for some of these descriptions.  Find out about HSU classes at www.hsuonline.org. 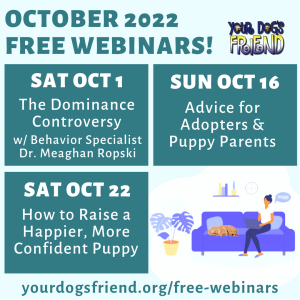