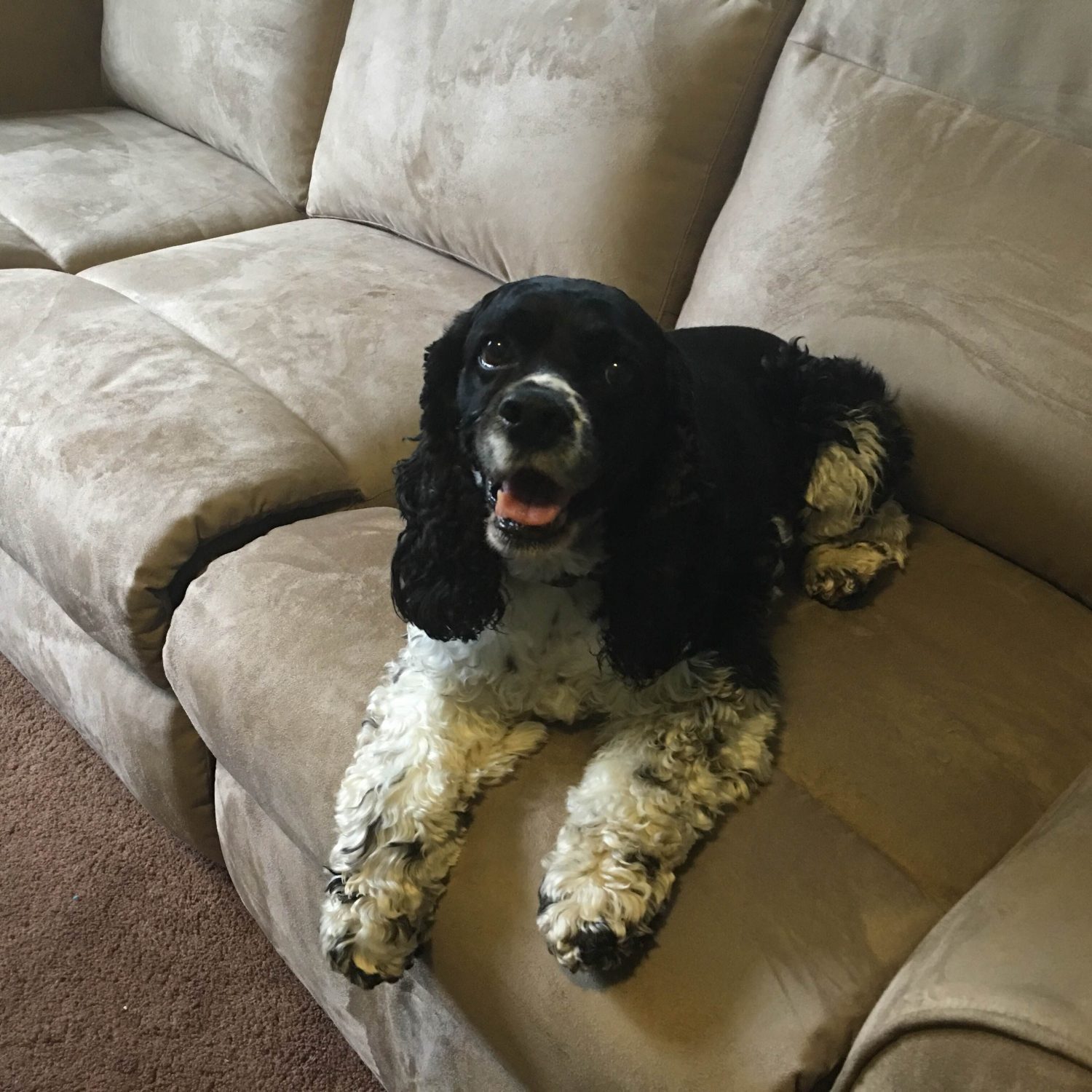 The Golden Rule of Behavior

Here’s what you need to know:  A dog will only do things that they find reinforcing.

When your dog is engaging in a behavior, ask yourself:

“What is my dog getting out of this behavior?”

If you can identify the reinforcement and remove it, you have removed your dog’s reason to do that behavior. 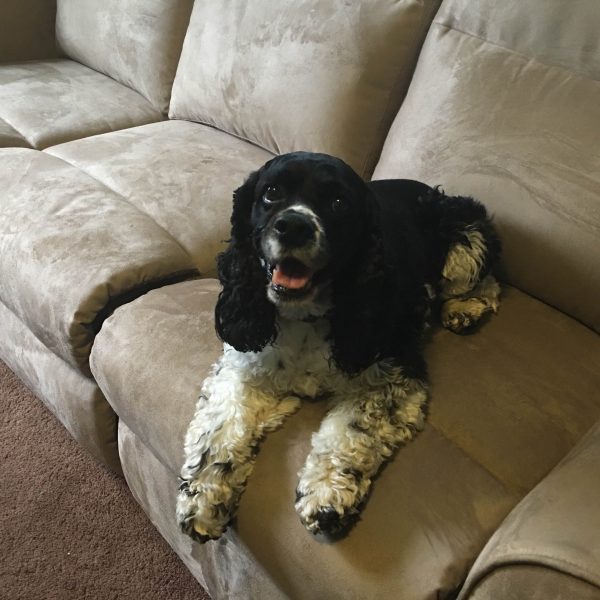 Her favorite spot in the world is on the back cushion of the sofa. 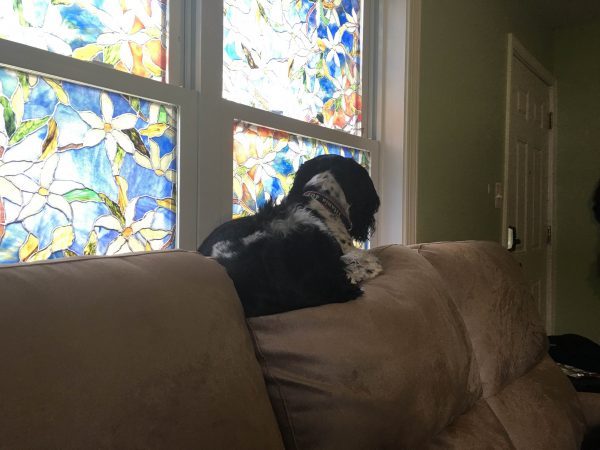 This was fine with our old sofa. However, our new sofa has a much higher back, which makes it unsafe for her to be jumping up and down to get to her favorite spot. Titania has some slightly herniated discs in her back and her physical therapist confirmed at her last appointment that we needed to prevent her from jumping up to the back of the couch from now on.

Question: Why did Titania like to perch on the back of the sofa? What is rewarding to her for the behavior?

Answer: It was because she could watch the world go by through the window. (The clings are semi-see-thru.)

I bought two science fair style pieces of cardboard from the local craft store and put them up in the window. 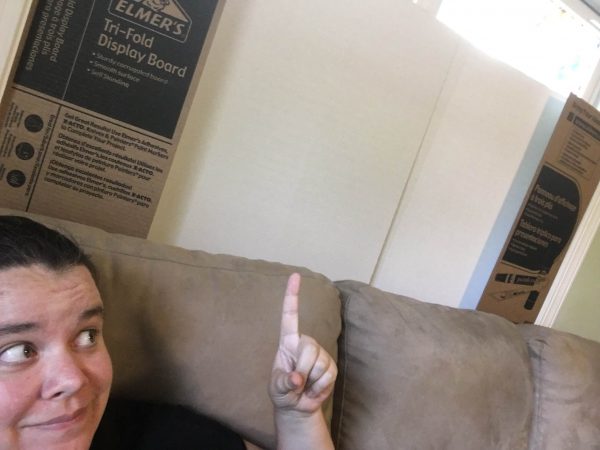 Now, it ain’t pretty. We’re not going to be on HGTV anytime soon with this setup. (I had considered curtains but Titania is the type who would just nose her way under or around them.)

Reinforcement (the view outside) has been removed. 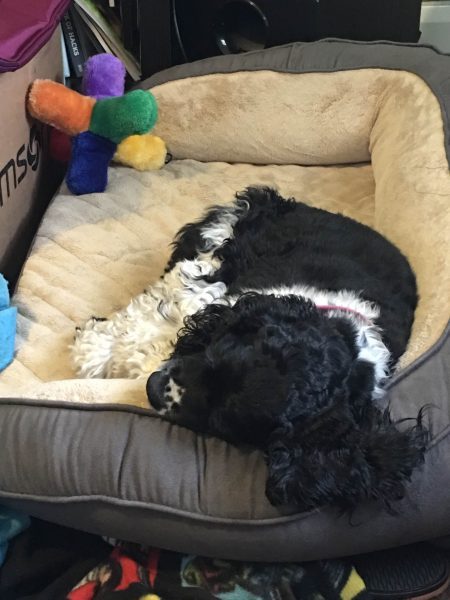 Suddenly — as if by magic! — the dog bed on the floor is her new favorite place to chill out. I can make the dog bed even more reinforcing by giving her treats there. (But it’s already really comfortable, so that’s a good start!)

Think of a behavior you’d like your dog to stop doing.

Identify what the dog gets out of the behavior. (Food? Attention? Entertainment?)

Remove the reinforcement. (Put the food out of his reach. Ignore him when he jumps on you. Cover the window.)

…and step 2: REWARD the behavior you like. (Treats for good behavior. Pay, pay, pay your dog!)

Let us know what happens! 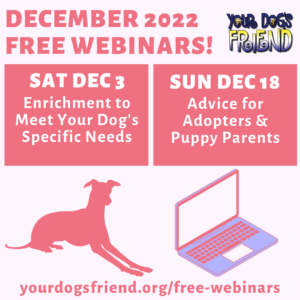 VIDEO: What You Can Learn in Dog Tricks Class

Is Your Dog Like the One from the Movie Up? (SQUIRREL!)
Scroll to top